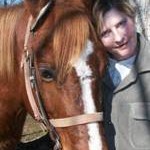 My name is Cindy Rackard, I am 45 years of age. I have one daughter who is 25 years old and recently made me a Grandmother to a beautiful baby girl, Brileigh Ann. I am married to a wonderful Godly husband who is my biggest supporter. I have spent most of my life outside due to living on a farm in the South. I grew up showing horses in an outdoor arena, going to the lake on the weekends, and having a pool in my back yard after being married. Wearing sun block was not something we even thought about. I have always been fair skinned with blonde hair and blue eyes. I probably got skin burnt every spring and summer growing up. As tanning beds became a popular activity to do I laid in one nearly ever spring and summer to keep a golden tan. I actually can remember when the news started questioning the safety of tanning beds. But I never gave it much thought.

My melanoma story began when I was 41 years old. I had a wart like mole on my left shoulder that would get aggravated by my bra strap and at times would bleed. I had been going on regular visits to my family physician due to being diagnosed with Fibromyalgia. I asked him to look at it and so he did. He told me he would remove it and send it off for a pathology report but he tried to assure me that it was probably nothing and that was just procedure. Later in the evening a couple of days later I got a phone call from his nurse telling me I needed to be at his office first thing the next morning. Being a nurse myself I knew that this was not a good thing. As I went for my visit he proceeded in telling me that it was Melanoma skin cancer and I would need to see an oncologist. And so I did. The oncologist set me up for surgery to remove the surrounding tissue and the sentinel lymph node. Not being educated that much on melanoma skin cancer I didn’t think to ask any questions about what stage it was or did I need any further treatments. When I went in for my follow-up visit with the oncologist he released me without any information, any sort of recommendations of treatments or no instructions of any kind. So I went on about my life as usual not thinking any more of it.

In November of 2009, I had come home from church and was changing clothes when I noticed a unusual mass in my left breast near my sternum. I immediately had the feeling of my heart in my stomach. But I was not thinking melanoma I was thinking breast cancer due to my Mother having being diagnosed with breast cancer several years earlier. I went to my family physician the next morning and he set up a Mammogram stat. That very same night I had a voice mail from my doctor himself telling me that the radiologist and him had looked at the images together and both agreed I needed to see a surgeon stat. So I was set up with an appointment with a surgeon who went in and removed the mass. After my surgery he came out to the waiting room and informed my family that it was not breast cancer but he was almost certain it was cancerous he just wasn’t sure what kind. My family had decided to keep this information from me until my follow-up visit but I could tell by the way they all were treated me it wasn’t good. One week later as we sat in the surgeon’s office I was given the news it was highly rare but it was Stage IV Melanoma and that in his 35 years of practice I was only the second patient he had ever seen or heard of Melanoma in the breast. He recommended that I have a full mastectomy with numerous lymph nodes removed and go to an oncologist. So I made the painful decision of having a mastectomy and went to see not one but two oncologist. I had decided to get two different consults on possible treatments. The first oncologist recommended Interferon injections for one year with radiation and the second oncologist said I wouldn’t be able to handle the Interferon but recommended radiation and gave me only 3 months to live. Of course I walked out on the second oncologist and never looked back. I went with the first oncologist and I managed to do the Interferon in lose dosage for 8 months but I did have to come off of it due to being so sick and staying dehydrated all of the time. I did have a port placement in my chest due to my veins being so fragile and the staff having a hard time getting blood work from me. But after being hospitalized for a week being given IV fluids and pain medications that is when I decided it was time to stop. My daughter was getting ready to give birth to my first grandchild and I didn’t want to miss out on one of the most wonderful moments of her and my life. Taking the Interferon for me I had no quality of life and my family did not support me in the decision to take it so it was just one more stress factor in my life. But every person and situation is different and each patient has to do what they feel is right for them. I was not a candidate for any clinical trails due to underlying illnesses.

It has been 1 year and 2 months since my surgeries and now I am at the point where I go to my oncologist once every 3 months for blood work-up and chest xray. I have had several scares but each time they do either a chest xray or CT of the brain and come back fine. The last visit I went to my oncologist and I asked him if they weren’t doing a PET scan how would we know if the melanoma was back and he told me that they would wait on me to show signs of being sick and it not getting better after a week or so then they would investigate further. My circumstances are unusual because with Fibromyalgia you have generalized pain, headaches, fatigue and foggy memory anyway. My surgeon told me that he didn’t know how I was going to deal with this because it was going to be so difficult for me to know what was what. And he was and is so right.

Before Christmas of 2010, I started having pain in my right flank and abdomen with nausea and vomiting. I didn’t go to my oncologist I went to my family physician and I told him that something wasn’t right but I wanted to just get through the holidays before we did any further testing. He agreed only if my blood counts were good. And so they were. It is now Jan. 6, 2011 and I seriously don’t know what to do. I have felt very alone in this journey with Stage IV Melanoma because I have found no one with a story like mine. I have not found another patient who had it in their breast. They keep focusing on my lungs and brain but as a nurse I know the pain is more in the kidney, pancreas, and spleen area. So, I sit here and wait. Of course being a person who believes highly in prayer I just ask God to help me through this journey and to send others into my life who may can help me through this. And this is where I stand in my fight against Stage IV melanoma. I can only pray and hope that my story may help someone else.

My horse (Blaze), my shih tzu (Gizzie), my pygamy/nigerian goat (Sophie) have been extremely therapeutic for me in my fight against Stage IV melanoma. I go horseback riding nearly every weekend and it is amazing how it lifts my spirit and helps me to feel better.